Going back to our ten millennia of history, there is evidence;

So far, under capitalism, we have adapted people to the way machines work for profit from production. As the world's population increases, we will use innovations to adapt the robots, which will write their own programmes in the future, to the people. In the future, work will be organised individually in such a way that each person can live a meaningful life in the country of their choice, in dignity, prosperity and health.

The connection between creativity, education, democracy and a second enlightenment has been shown in numerous studies and I repeat these research results, because I am of the opinion that the path to a positive future with more life time, creativity and education in the population also refutes the pretended argument of some rulers; the population is not capable of self-organisation through a direct democracy.

What is forgotten here is that with the publication of the possibility of direct democracy, high intelligence limits and feelings of powerlessness, artificially erected in our brains from the outside with the help of the media through fear synapse mutations, are simultaneously dismantled through freedom solutions and personal responsibility, which lead out of the IQ-reducing fear loops and to this:

a. Are these fears reduced through the publications and discussions about the effects of fears and thinking blockades. The population learns to protect itself from exaggerated, non-real fears and information that paralyses thinking and to re-evaluate their significance and real fear scale for themselves,not to ignore this re-evaluated information but, if it is possible and necessary or help can be organised for those affected, to find holistic co-environmental solutions via the swarm intelligence of human beings in democratic processes that dissolve fears.

b.The neurobiologically and epigenetically effective fear, creativity and IQ brain blocks (which are supposed to warn of real dangers, genetically programmed, can be misused to control populations for IQ reduction anti-democratically for thinking fear rigidity), twisted into the brain by the media, are lifted again with the sovereignty and creativity formula of the creativity processes in art, which have become figurative, declared innovations or solutions for problems through the mirror neurons and information bypasses in the neuronal networking of the brain. This is today's scientifically known (also epigenetically effective) neuro-brain miracle of evolution through cognition-information for self- and species preservation: the media- and authority-believer, four-year powerless, ruled by fake news and lobbyism becomes an active, creative-thinking democrat and sovereign of a direct democracy through creativity-generated networking-formation (in the threefold sense).

It is also forgotten by the opponents of direct democracy that the population is blockchain secured; Robots, sustainable futures, creativity,health,freedom,education and ethics programmes, cost and tax reduction programmes and allgoryhtms to optimise the best electoral proposals and voting decisions from the people and with BIG Data and translate them into action plans and legislative proposals, can be used without party-linked politicians and lobbying for popular vote, of which the selected ones (Open Sours for development and voter oversight) for election programmes and questions (for implementation of university-produced six pro and contra fact films on respective election question) are released for voting, after viewing the six fact films, with a citizen election licence.

Income and wage taxes are abolished. The tax system is changed to Ethical Balances (see Ethical Capitalism) according to the polluter pays principle of damage and to pure consumption taxes. Citizens who are cognitively healthy and cannot or do not want to participate in elections pay 10% tax on their annual income in the election year, as they do not participate in the democratic process of elections and impose their own decision-making as democrats on their fellow citizens.

The negative regional, country-wide and global developments can only be countered on the same levels with ethical ideas and on the ground of constitutions and laws, thus opening up a positive future for all people through issue-based direct democracy.

Choose by secret ballot if you and your children want to live in a free world in health and prosperity for all.

Vote through Direct Democracy that the monopolies of Surveillance Capitalism are broken up by laws, that the mega-data of the social networks and the secret services are released end-personalised for the ethical development of ideas, and that a use of the subconscious through data predictions of Surveillance Capitalism cannot be used to reduce intelligence and IQ, personality, freedom, creativity, health, lifetime, democracy, financial freedom and the ethical development opportunities and freedoms of individuals, groups or peoples and that surveillance capitalism must change into ethical capitalism for the benefit of all people through legislation.

The direct choice of topics
Three scientifically reviewed fact-check films pro and three fact-check films contra, five minutes each, on the election issue will be presented by the issue panel in the media and social media.

Your voice
Vote for the issue direct election system, which fills the government posts with employed expert managers. In issue-based direct democracy, no parties or politicians are elected, but the sovereign voter votes on the selected and presented election issue via an election app.

Blockchain elections are secret, secure and cannot be manipulated.

Register for the free Direct Democracy mobile app in over 100 languages so you can decide on a sustainable nature and ethical future in health and dignity for you and your family and with all people about your life and freedom.

www.the-sovereign.com  the choice app to find new friends for a better life. 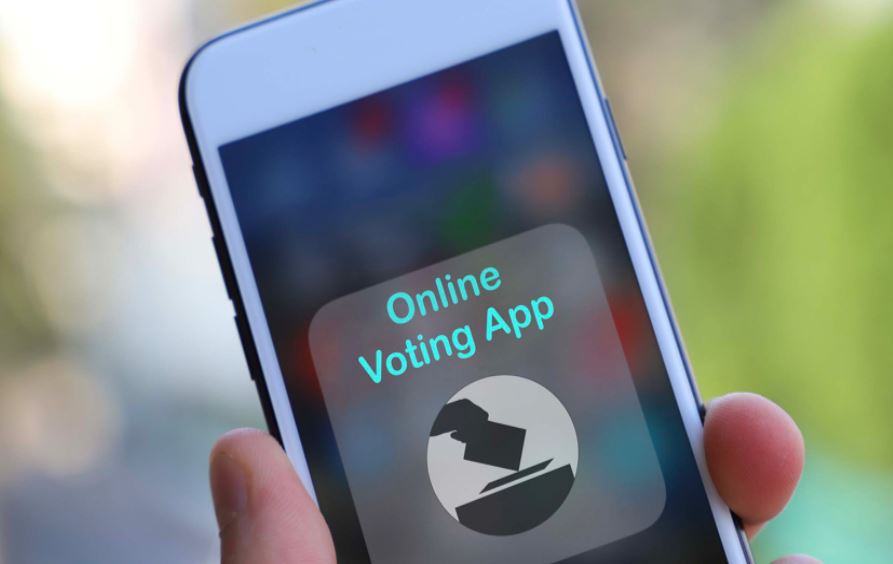 If everyone finds 4 friends, we will exponentially have the democratic majority in a short time and can demand the respect of human rights and a sustainable further development of capitalism.

Already with seven percent
www. the-sovereign.com voters, you can make the world a better place.

www.the-sovereign.com
We can only respond to negative and global challenges ethically, positively globally and in nation states.

The TSG Trust (in formation) is not a political party, ideology or religion, but a globally working grassroots movement, which stands up for an ethically designed sustainable environment and co-environment in the nation states in all countries and helps, via the "swarm intelligence software programmes of the creativity of humanity", to accompany an optimal and ethical life in freedom, dignity and self-determination on the way to a better future for the population of the country in a direct democracy, according to the grown culture of the respective country.

Demand issue-direct democracy, respect for human rights and the evolution of capitalism:

Vote now on the issues of direct democracy
and you get the model of society guaranteed by the Basic Law, or in the constitutions of the Länder, if enough people in your country agree with you.

Not more state, but less state with fewer laws and regulations and some sustainable co-world frameworks lead to a better future.

Direct democracy is that simple
Vote with the global Direct Vote app and connect via the social network: www.the-sovereign.com  with people who care about a new ethical world in peace, freedom, health and prosperity for all people. Exchange ideas with them and shape a more just and free local and global society for you, your children and all people.

Put your creative ideas for improvement to the vote and discussion to improve democracy, society, the environment and the world around us.

The freedom to shape the world ends where the state, the products or services of companies do not protect and promote people and a creative sustainable co-world, but limit, damage or reduce the dignity, creativity, freedom, health, IQ, lifetime and prosperity of citizens and the co-world.

The environment and the world around us, human rights and constitutions mark the path to a new freedom, health, dignity and prosperity for all.

We have time, because it works for us

and continue to gather supporters on the voter platform www.the-sovereign.com  until there is a majority of the population:

in CITIES, REGIONAL,
IN COUNTRIES AND GLOBAL

have formed for a direct democracy electoral system so that, according to the constitutions and basic laws of the countries, parliamentary democracy can be changed into direct democracy with an ethical capitalism oriented towards people, the environment and nature in each country.

In the meantime, we are leaving the election app as a

Develop "the-sovereign app", blockchain-encrypted, for secret ballot voting and programme it for the countries in all prevailing national languages.

"The election app's "The-Sovereign" voting system will
use the security of blockchain encryption. The yet-to-be-developed
election app will separate voter identification
and voting to guarantee voter anonymity.

With the app election programme:
www.the-sovereign.com, we will realise a fairer and more sustainable world that uses AI software and the swarm intelligence of global society to initiate the next, long overdue evolutionary step of social systems and shape the best possible future for people and the environment. 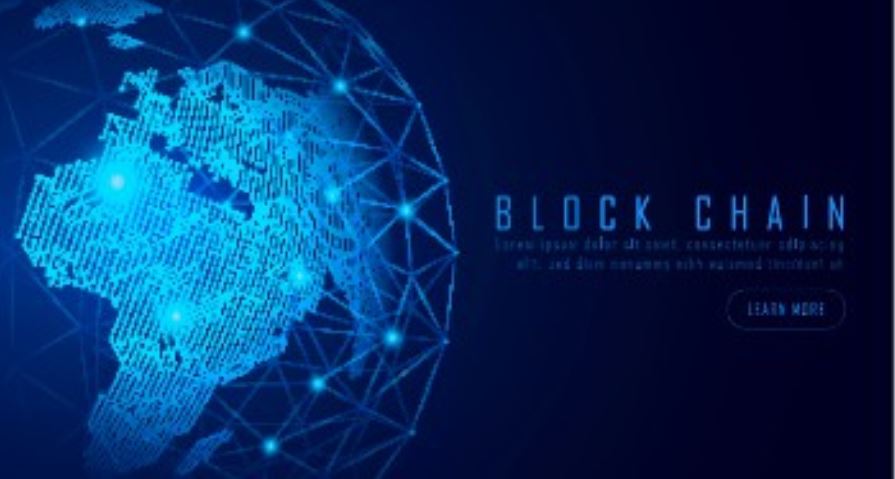 The election questions are not subject to lobby, market, politician, media or party influence, as voters are not bundled into parties or voter groups and only meet in the blockchain secured sovereign-election of the election results in the free will of their sovereign answer to the election questions. Further secret security measures are in place to ensure that the ballot questions, elections or voters cannot be influenced or bought with election gifts by lobbyists, parties, media or governments as far as possible. Donations to "The Sovereign Organisation" can only be made to Fundacion Liedtke as trustee. Lists of donors' names are not compiled or maintained by the Fundacion Liedtke or the organisers of Direct Democracy. Financing or sponsoring of the Sovereign Direct Democracy is not possible, as we do not want to allow any influence on the election issues.

Become confident and participate.
Don't leave the shaping of the world's future to lobbyists and governments.

Even if the politicians give in through demonstrations,
be warned, be mindful and demand now the
Direct democracy. 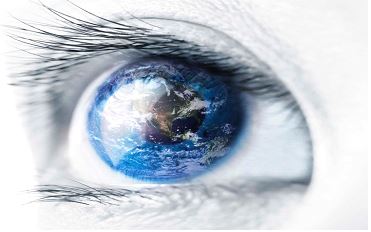